Who Are The Castle Players?

The Castle Players are a diverse bunch of people who all have one thing in common, a love of theatre and performance. Everyone is welcome. There is a mix of ages, professions and talents within the group which is what makes being part of it so unique. If you want to make friends doing something you love, this is the place for you.

Each month we'll be interviewing a couple of current members to give you more of an insight into what it's like to be part of the group. 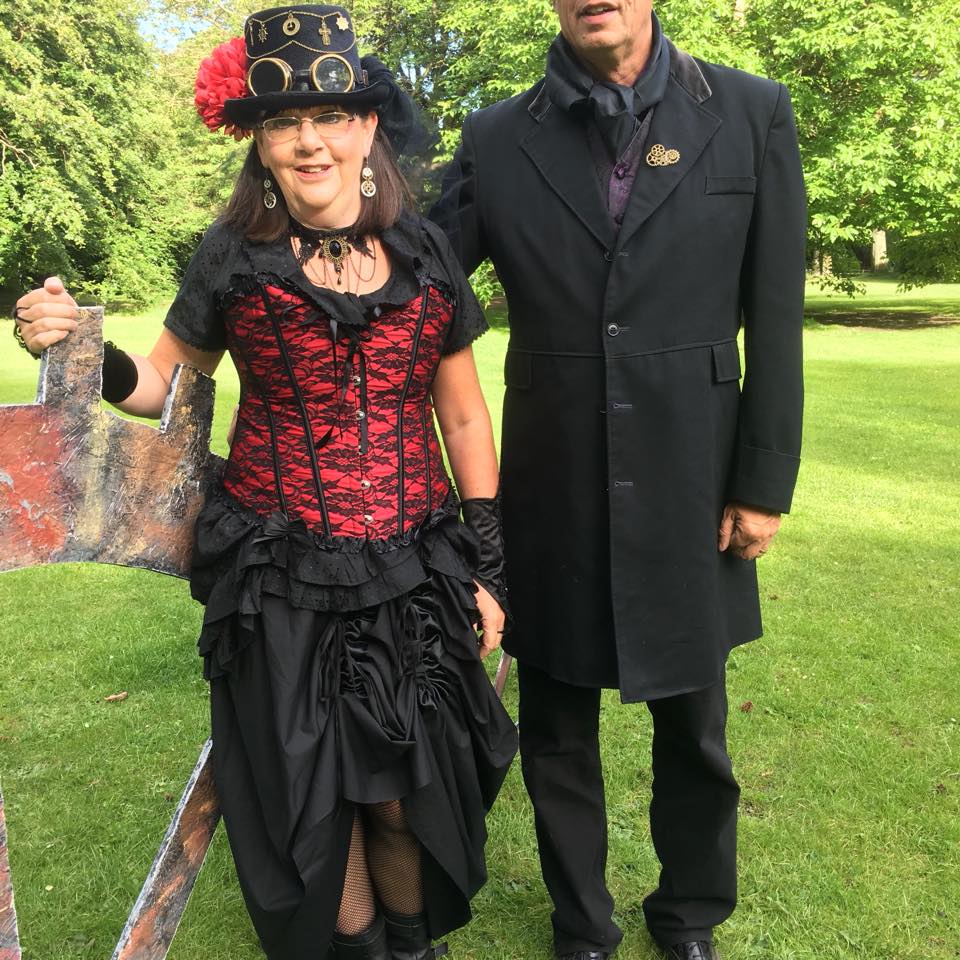 We only came to make tea!

Having been impressed with Castle Players performance of Henry V, a play we were drawn to watch as archers. Lynn and I decided to volunteer our services, so we made contact with Jill Cole who invited us to come along to the second audition session for Twelfth Night. Our intention being to make tea and coffee, do some washing up and maybe a bit of set painting.

Sat in the group watching the auditions we were quickly impressed by the high standard of the actors. Sitting there was quite surreal, almost like watching a play about a theatre group doing auditions!

Original plan dropped nicely into place, Lynn helped Chris Best with washing up and I became Castle Players joint ‘Chairman’, a role I seem to have assumed, and shared with Ben Pearson. Just to clarify, chair - man, as in putting chairs away at the end of each session.

So, everything was going to plan, until we misunderstood the information form and seemed to have applied for everything except acting on stage! First mistake! Or was it?

E mail with cast list was received from Jill and to our astonishment, we were in the general cast. Lynn as a ship-wrecked passenger, servant and flower seller in street scenes. Me, a puppeteer , which explained why Christine Naesby had been talking to me about a seagull !  I just went along with her and thought maybe she was a bit eccentric! I was also to be a servant and a punter in the street scenes. All in steam punk costumes too.

Rehearsals progressed and the set building team started doing what they do best under the “Dictatorship”, did I really say that, of Simon Pell. What great fun we had working with a lovely bunch of fellow set builders and learning new skills from a master in his trade. Toilets, tea and raspberries provided by Nick Perkins and at lunch break Simon managing to share what food everyone else brought. It certainly always looked better than he had in his box!

The week before the play started we had other new experiences; Get in, Tech Rehearsal and of course Dress Rehearsal. All new to us, but with such experienced, talented and friendly people around us it appeared to go smoothly. That continued into the nightly performances, with lots of good advice and support. It’s not until you get involved that you realise just how much hard work and talent is needed to produce performances to the high standards that Castle Players consistently achieve.

Of course, no show is complete without the last night party and amongst the euphoria there was also a little sadness that something very enjoyable has come to an end. We were warned that there is a period of down after the show ends. This we did experience.

In Autumn 2017 Laurence asked if Lynn and I would do stage management and props for the winter tour of Oliver Twist. Big ask, but we decided to give it a go and thoroughly enjoyed the experience. The smaller cast really did gel as a ‘Band of Brothers’ and we got to see first hand some truly excellent performances. Many of them like Janie and Jake taking on their first main roles. Again, we have gained new skills from such professional people.

Our first year as Castle Players complete, we now look forward to Macbeth.

To summarise our first 12 months, we’ve met some terrific people, made some new friends (who we hope will be lifelong), had the privilege of working with such a talented group of people and being a part of the professional theatre group which Castle Players is.

We are now involved with the Marketing team, again we only initially volunteered to distribute posters and arrange the t-shirt order! Castle Players seem to have a way of drawing more out of us.

There are so many sub groups with Castle Players who through their dedication and time enable the Performances to go ahead year after year. Overall, a great experience and one we would recommend to anyone considering becoming involved. 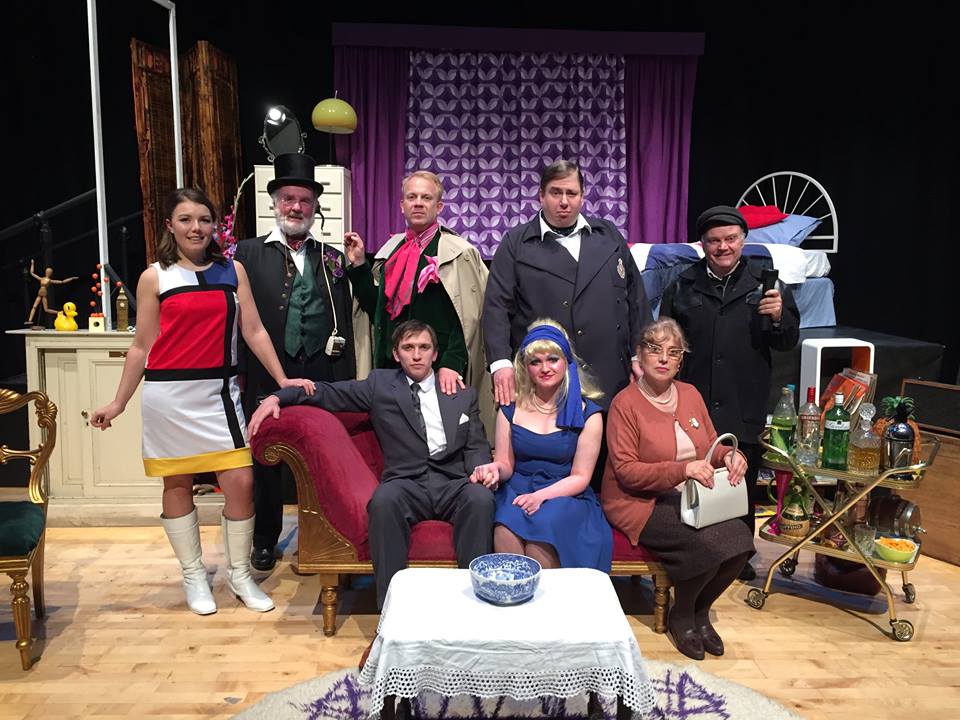 I was first introduced to the Castle Players in July 2013 when I moved to the area. I came to see A Midsummer Nights Dream in the grounds of the Bowes Museum and was captivated! I was brave, not knowing anyone at all, and went to the open meeting for The Merry Wives of Windsor. From then on I have made great friends and been involved in the summer production of Twelfth Night, the Winter Tour of Pride & Prejudice and I even had a go at directing a play myself, Black Comedy.

Being an ex-teacher and now running our family business, I enjoyed getting to grips with the workings of the Castle Players and am now the team leader for the Artistic Programming Committe and a Trustee. I can't wait to get involved with the next summer production of Macbeth and am secretly hoping there will be many men in kilts! 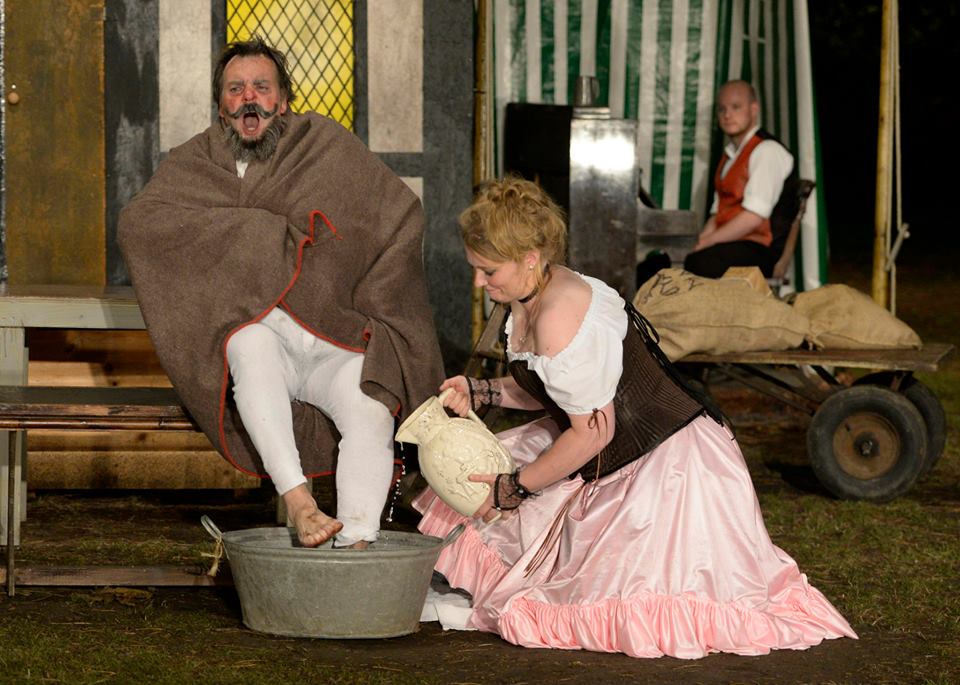