When We Are Married by J.B. Priestley.

Our 2019 winter tour of J. B. Priestley’s ever-popular ‘Yorkshire  farcical comedy’  took us to ten venues, with a sold out premier at The Witham.

It’s September 5th, 1908 and the Helliwells, the Parkers and the Soppits have come together to celebrate their silver wedding anniversaries.

They were all married on the same day twenty-five years ago.

Now, as respected pillars of the community, they face the ultimate embarrassment when they discover that the priest who officiated at their weddings was not licensed to conduct the ceremonies.

Scandal looms as a drunken photographer, a housekeeper with an axe to grind and the imminent arrival of the Mayor of Clecklewyke all threaten their collective respectabilities.

“It’s a wonderful comic conceit. “It lets us see the pomposity and self-importance of some of the characters as they become aware of the potential shame and scandal – especially as one is a local alderman and another a councillor. It’s also the perfect opportunity for some home truths to come out about their relationships.” – Director Laurence Sach. 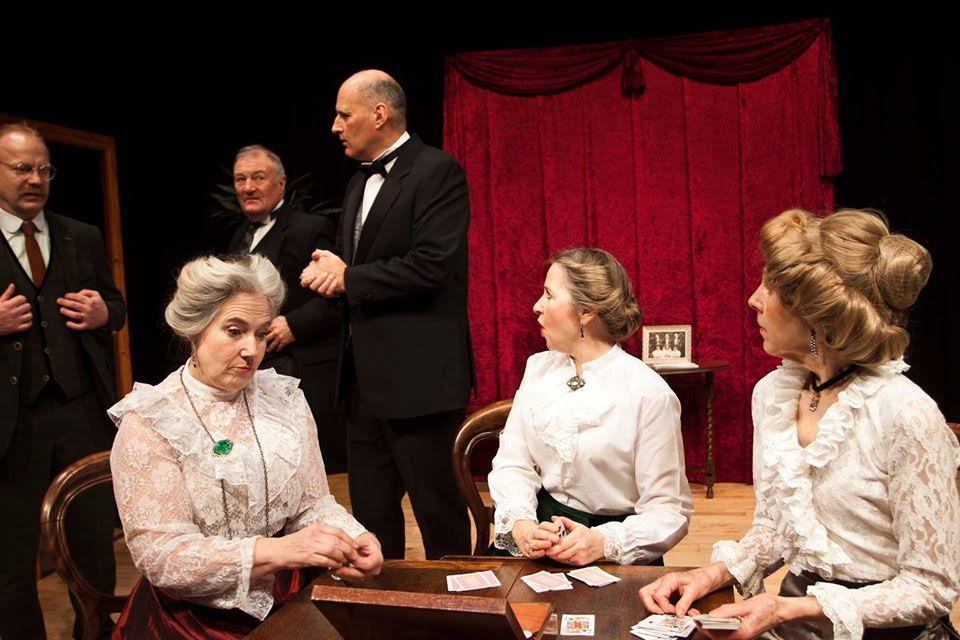 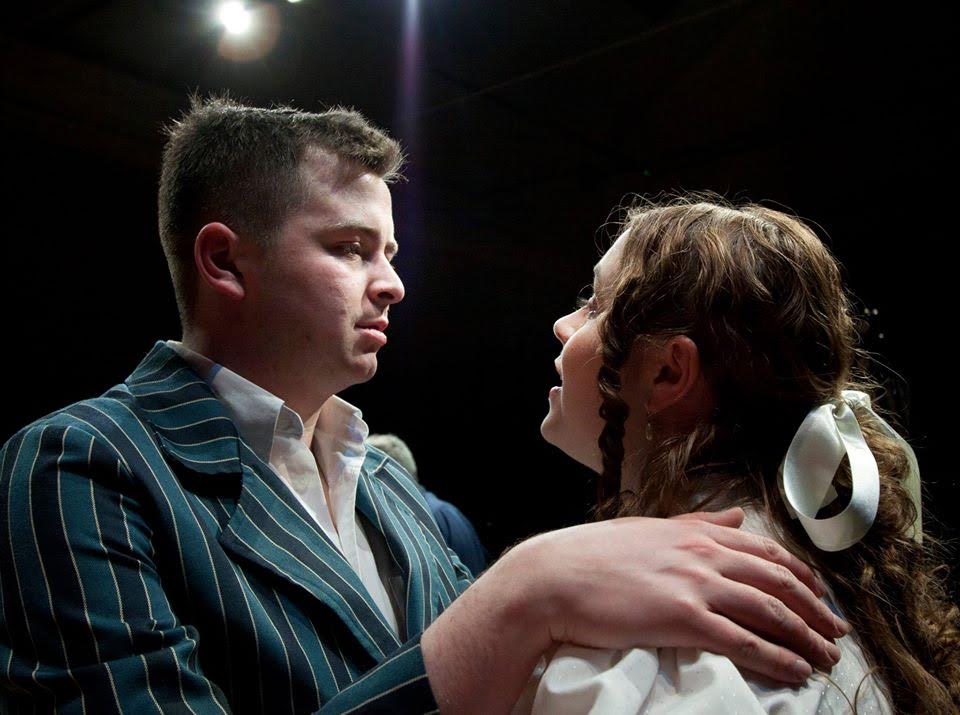 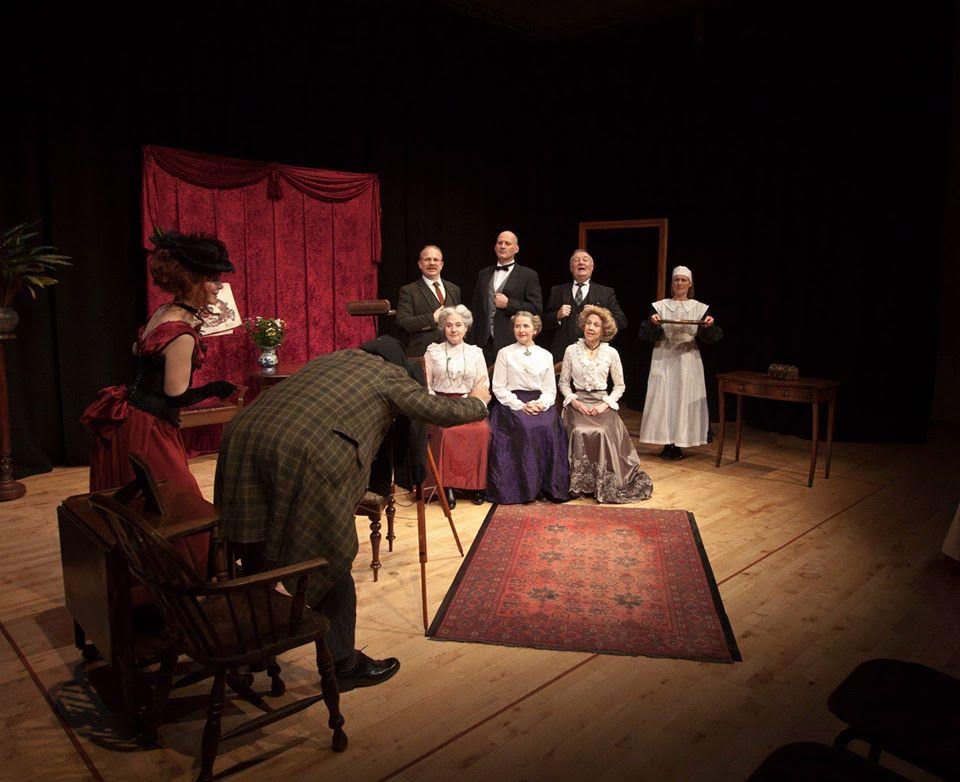 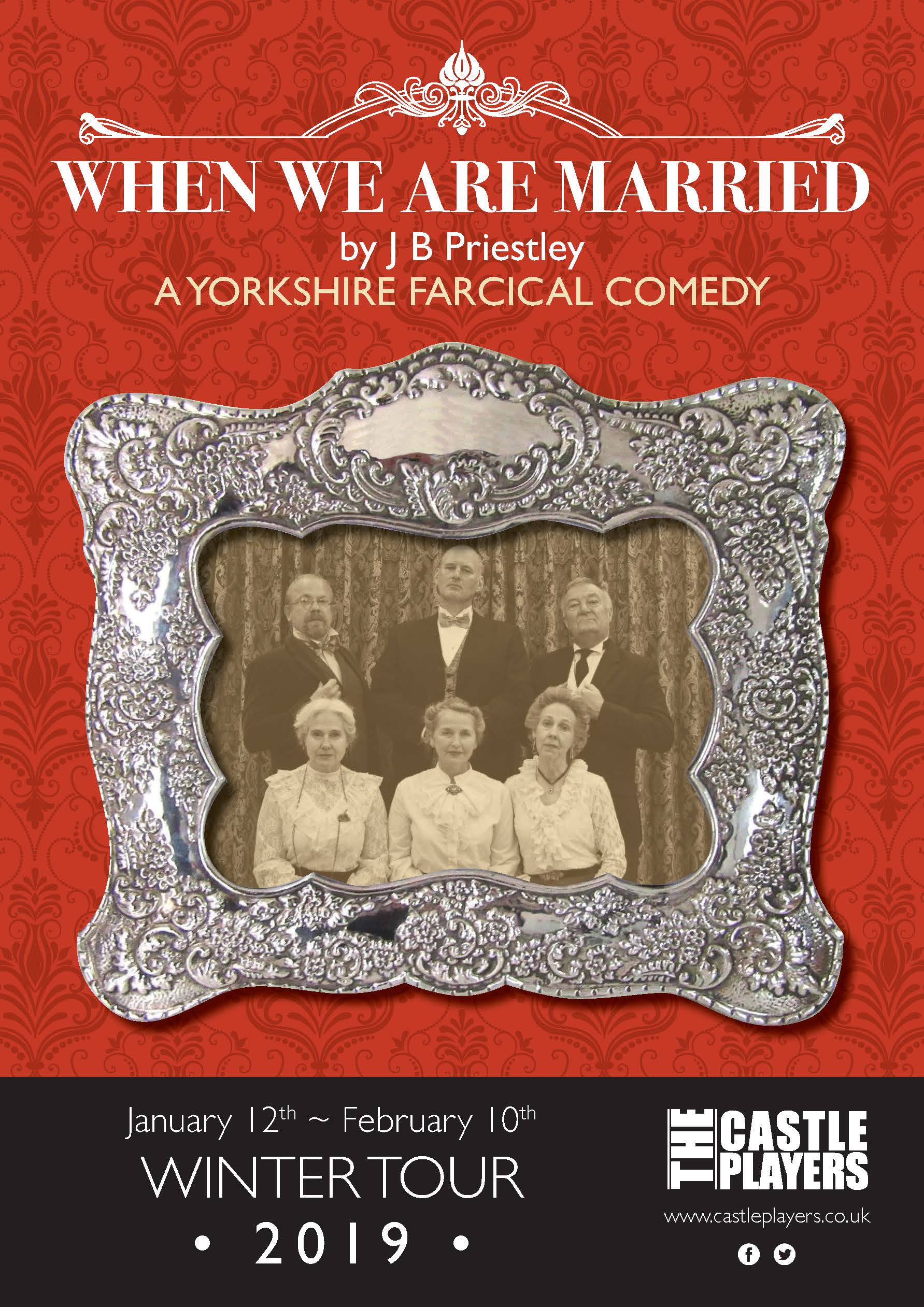 ‘Ben Person, as hen-pecked Herbert Soppitt was a delight, while Barnard Castle town councillor Ian Kirkbride was magnificently pompous as, er, town councillor Albert Parker. Trudy Dixon was on scene stealing form as the mischievous gossip Mrs Northrop while Sue Byrne brought tremendous energy to the old of Ruby Birtle, the domestic servant to Alderman Helliwell (Peter Firby). In fact, so often did she dash on and off stage she will be fit enough to run a marathon by the end of the tour.

Gordon Duffy-McGhie was suitably over the top as Henry Ormonroyd, the press photographer who was there to snap the occasion, while all three “wives” Heather Armstrong, Nic Worsnop and Sarah Fells, left no-on in any doubt that they were indeed been long suffering.’

‘We were amazed at the skills of the actors, particularly those playing the hapless couples and the two comedic foils, the photographer and his racy friend, Lottie. We think that Teesdale should be very proud of having such talented actors at hand to people the stage and have said so to a number of people to whom we have recommended the play since seeing it.’

‘The acting, characterization and comic timing were all very professional and engaging. If you haven’t already seen it, try and catch a performance. It’s well worth it.’

‘Yet another outstanding performance by the Castle Players of their latest production When We Are Married. The  talent of this group is never ending. Heartiest congratulations to all concerned. More please.’ 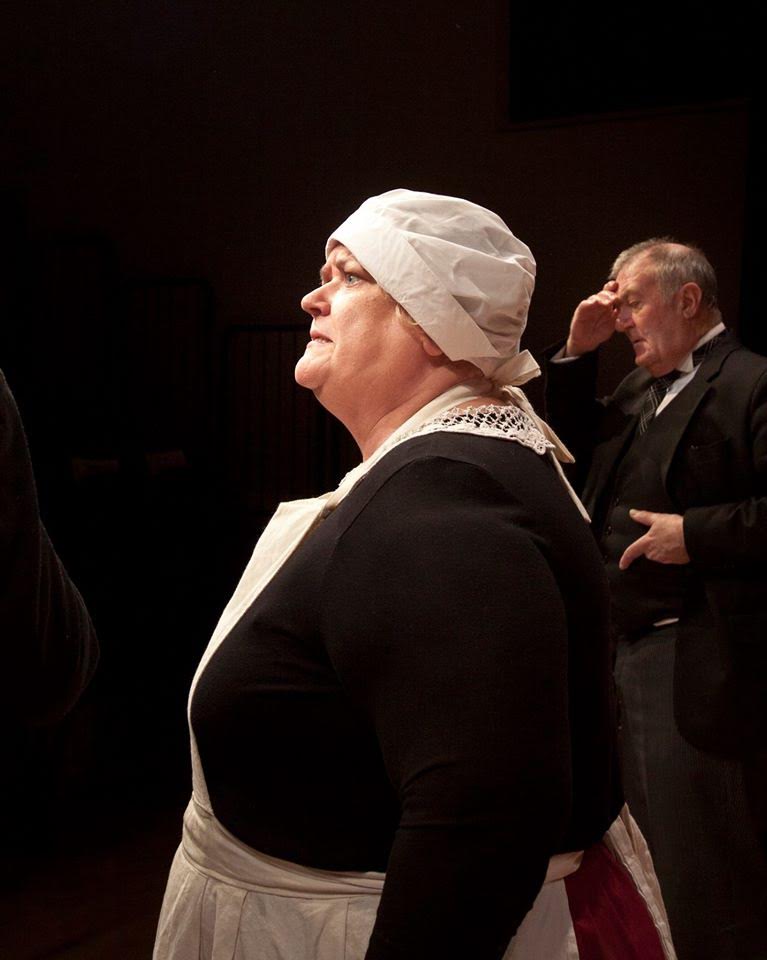